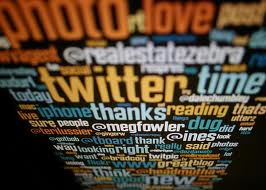 So much delusion in the social media field. A free world of individually produced content seems far from emerging as a substitute of the old mass media era. Tom Forenski provoques: "Shouldn't we retire the term social media? We should call it what it has now become: social distribution of (mass) media".
Twitter co-founder Jack Dorsey seem to endorse the idea: "Don't call it social network, Twitter is an information network". And for similar reasons an influential italian blogger, Massimo Mantellini, clearly talks about Twitter as "the eternal promise, never taking off (opposite to Facebook)".
I never took part in such progressive vs. conservative playoff, nor I'm willing to take it now.
I can't imagine a media world without organized, structured and professional producers of information, but forcing them to get their audience through gates like Twitter (where individuals, semi-professionals bloggers and in general whoever has something to say can get access) definitely IS a revolutionary change.
Social media is currently more about sharing information than producing it, but for the large mass of information "consumers" IS a big change.
Also sitting around a table there's always someone speaking much more, much louder, with more audience than others. Shouldn't it be the same in the social media arena?
I like the "information networking" definition: less visionary, straight to the point. And Twitter, despite its limits, is the core of it all.
Pubblicato da Mario Mantovani a 20:14